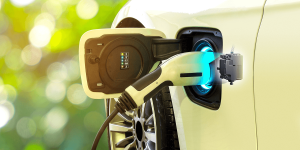 Open charging: The Open Charge Alliance (OCA) has adopted the Open Smart Charging Protocol (OSCP) which focusses on energy capacity planning. The protocol can be used by infrastructure providers to learn about physical net capacity by the local network operator to predict available capacity.
openchargealliance.org

South Korea serious about EVs: One in every four vehicles bought by Korean government agencies will have to be electric. The new regulation will come into effect next year and is said to help replace up to 700 vehicles. Under current regulations, 50% of the government’s fleet had to be at least small or hybrid cars.
chosun.com

The Green party of New Zealand is living up to its name as it promises to invest 20 million dollars (16,3m USD) into EV promotion if successful in next week’s election. Half of the money would go into building fast-charging infrastructure while the other ten million would be spend on 1,000-dollar cash-backs for the first 10,000 EV buyers.
nzherald.co.nz

Real world data tool: Cenex has launched a service for fleet managers at this week’s LCV event. The ‘FCRT Lite’ tool is designed to asses the viability of low carbon vehicles. It is said to be based on real world duty cycles, fuel consumption and EV range and can be accessed for free.
cenex.co.uk (tool) via fleetnews.co.uk

Supercharger leasing: Tucker Development has leased eight charging stations from Tesla for their Country Club Plaza shopping centre in Illinois. Seems like a clever idea to attract the business of Model S driver travelling between Chicago and Indiana.
rejournals.com

Mini update: ClipperCreek has upgraded its Level-2 HCS-40 and CS-40 EV charging stations. They now feature 32 instead of 30 amps but are available for the same price as before.
greencarcongress.com

New fuel cell buses for Hamburg: Public service operator Hochbahn ordered two Urbino articulated electric buses from Solaris. These will be especially equipped with a fuel cell range extender to offer about 250 kilometres of range. Hochbahn already has four Mercedes-Benz Citaro FuelCell in service and is steadily expanding its fleet with diesel-hybrid and plug-in hybrid buses from Volvo.
nahverkehrhamburg.de, newstix.de (both in German)

Charging at Macy’s: Volta Industries will install new free-to-use electric vehicle charging stations at 17 of the retailer’s location in the Los Angeles area by this autumn. This brings the total number of charging stations at Macy’s and Bloomingdale’s in California to 33.
businesswire.com

Charge points by law: From August 10th, new commercial building projects in Tacoma, Washington, will be required to install EV charging stations at 1 to 3% of their parking spaces. Even though requirements won’t apply to residential projects, the City Council recommends to reserve 50% of spaces there.
bellinghamherald.com

No Charge to Charge in LA: Nissan added the Los Angeles market to its free charging programme. Buyers of the Nissan Leaf in LA will now receive the EZ-Charge card, giving them access to various charging networks and letting them use most of the stations for free in the first two years.
businesswire.com