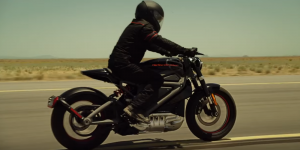 New round for California EV incentives: The Clean Vehicle Rebate Program has been allocated another 133m dollars, after previous funds were used up. Meanwhile, the qualifying income level cap will be lowered to 150,000 dollars a year for single filers and 300,000 dollars for families from November 1st, to keep people from using the rebate to purchase luxury cars.
hybridcars.com

Supercharger update: According to electrek, all Tesla drivers could soon be asked to pay for supercharging. It was revealed that Model 3 driver could purchase Superchargers credits or pay with credit card (we reported) to plug in, something the carmaker could adopt for all models to decouple the price for charging from the price for the car. Meanwhile, the world’s largest Supercharger has officially opened near Oslo in Norway.
electrek.co (charging), greencarreports.com (Norway)

Wisconsin goes Leaf: The U.S. state started an electric vehicle group buy programme from early August, allowing buyers to get as much as 8,000 dollars off when buying a new Nissan Leaf, as well as get better leasing conditions. The programme concludes on September 30th.
urbanmilwaukee.com

Envision Solar conquers Europe: The EV infrastructure provider has set up its first solar-powered charger EV ARC in the port of Malaga in Spain. Manufactures BMW, Nissan, Porsche and Mitsubishi will also use the station to promote their plug-ins, as well as the benefits of driving with solar power.
renewableenergymagazine.com

Charging northern Germany: On top of the 19 rapid-chargers between Hamburg and the Danish boarder, the top of Germany will see another 28 fast-chargers installed. The first five will even go online before the end of the year. The chargers will cost around 40,000 euros each and will be paid for by a group of eleven investors.
abendblatt.de (in German)

Eight to enter the USA: The German manufacturer of modular solar charging stations has entered a distribution agreement with Zam Energy. The company from Colorado will distribute and market Eight´s Point.One and Point.One S charging stations in North America.
automotive-business-review.com

EV tax: Wisconsin is pondering the idea of charging electric and hybrid car owners 50 dollars annually under a road funding proposal. Since 2005, the state has seen a 1,000 percent increase in electric and hybrid vehicles, a trend environmentalists fear could be weakened by the backward proposal.
sfgate.com

Electric cabs in Edinburgh: The Scottish capital has lifted a ban on electric taxis dating back to 2006, now making their use possible. The previous legislation was based on the assumption that EVs would not ensure reliability although the city itself already operates a fleet of nine fully electric cars.
edinburghnews.scotsman.com

Semi-private EV initiative: Premier Cabs from Blackpool is seeking planning permission from the council for eight fast charging stations. The company plans to introduce 12 Nissan Leaf cabs by January and is investing half a million pounds. In the future, the chargers might become publicly available.
blackpoolgazette.co.uk

Building the future: In Perth, Australia, a 19-level apartment complex is to be build. Construction is set to start mid 2015 and is said to take three years. The finished building will accommodate 20 bicycles as well as two shared electric cars for residents.
perthnow.com.au, heraldsun.com.au

The state of Wisconsin, also known as America‘s Dairyland, has yet found another use for its cheese. Left-over brine is now utilised to de-ice the streets in winter. Apparently, the salty brine of Mozzarella spiced with a bit of traditional rock salt has proven most efficient so far. Based on the motto: One for your pizza and one for the road.
nytimes.com, bcove.me (Video)