Super hybrid rumoured: Apparently, Audi plans to issue a hybrid super car by 2016, the Swedish edition of Auto Motor & Sport reports. This Audi R10 would not build on the diesel hybrid technology of the victorious Le Mans racer but take on its competitors like the Porsche 918 Spyder, McLaren P1 and LaFerrari with a 1,000-hp hybrid 6-litre V10 drivetrain.
autocars4x4.com, automotorsport.se (in Swedish)

Hybrid Lamborghini? The Italian carmaker is rumoured to also have a hybrid super car in the pipeline. At least this is what an Italian print magazine suggests when publishing images of what is said to be a hybrid Asterion, which is set to debut in Paris this week.
technologicvehicles.com

Updated Zero range: Zero Motorcycles introduced its 2015 line up. The Zero S, Zero SR and Zero DS all come with 10% higher capacity and upgraded standard equipment. Pricing starts at 9,845 dollars for the Zero FX and go up to 17,345 for the Zero SR. Orders are open now while the bikes are due to arrive in the States by December. Europeans will have to wait until February next year.
asphaltandrubber.com, electriccarsreport.com (with photos and video) 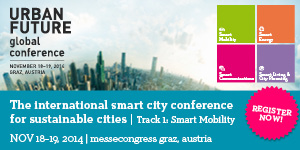 Mondeo ready to order: Ford has started taking orders for its new generation Mondeo in Europe. In the UK, pricing starts at 20,795 pounds. The new Mondeo, which is built in Spain, finally comes in a hybrid version (24,995 pounds). Originally revealed in Detroit 2012, it´s about time.
carmagazine.co.uk, thegreencarwebsite.co.uk

The Kia Soul EV in Canada will only be available at 11 dealerships. Nevertheless, two reviewers recently took the angular EV for a ride. Brendan McAleer finds it “certifiable groovy,” given you live in an area of Canada where there are enough charge points around. Jim Robinson is also hooked on the looks and the Soul EV’s range of 150 kilometres.
driving.ca (McAleer), wheels.ca (Robinson)

EV sales in China and Japan.