CO2 comparison: Transport and Environment has analysed average new car emissions in European countries. The Netherlands is the first country to bring CO2 emissions below 110 g/km and its average of 109,1 g/km is the lowest in the EU. Germany’s 136,1 g/km places it among the highest carbon emitters together with Sweden, Poland and Finland. The report further found that taxation if differentiated by CO2 makes a huge difference.
automotive-business-review.com, evfleetworld.co.uk, transportenvironment.org 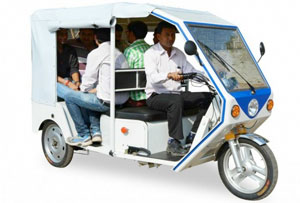 Spyker bankrupt: A Dutch court spoke its final verdict and sent the sports carmaker into bankruptcy. However, Spyker is determined to stick to its restructuring plan and to merge with an American electric aircraft manufacturer and develop electric sports cars (we reported).
jalopnik.com

Tesla to sell in Indonesia: The Model S could become available in the archipelago by January 2015. It would be sold through an existing luxury car dealership rather than Tesla Stores as demand is expected to be low initially.
techinasia.com