Another plug-in BMW: The German carmaker will introduce the new edition of its X1 in 2016, which is also said to be available with a plug-in hybrid drive. The PHEV variant will be called X1 xDrive30e and couple a 2-litre petrol engine with an electric motor, says AutoExpress.
autoexpress.co.uk 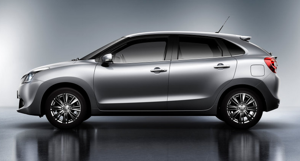 Suzuki follows up on its mild-hybrid concept, first shown as IK-2 in Geneva in March. The serial production version will be presented at the IAA in September as the Baleno. It will also be offered as a mild-hybrid. The European launch is scheduled for 2016.
autoblog.com, carscoops.com

Quick drive: Bengt Halvorson takes a fresh look at the Mitsubishi i-MiEV, which has been around for almost four years and has a few competitors by now. Still, it can hold its corner in a “cost-conscious, quirky” sense but is not much more than a small city car, he concludes.
greencarreports.com