Leaving the scandal electrically: VW CEO Matthias Müller presented the company’s “Strategy 2025” yesterday, according to which VW is planning more than 30 (!) all-electric models by 2025 that will account for 25 percent of sales. That translates to about 3m EV sold per year. Moreover, the manufacturer wants to venture into the battery-making business, though nothing definite has been announced so far.
bloomberg.com, autocar.co.uk, marketwatch.com

Mini and RR ready for the future: After BMW, Mini and Rolls-Royce presented their futuristic concepts under the name “Vision Next 100” in time for BMW’s 100th anniversary. Both concept cars are purely electric and autonomous, and are said to be able to drive to charging stations on their own.
autocar.co.uk (Mini), autocar.co.uk (RR)

Q5 as pure EV? Audi will open a new factory in Mexico on September 30th, where it is planning to also manufacture an all-electric version of its Q5. The electric Q6 e-tron SUV, announced for 2018, will, on the other hand, be built in Brussels.
autonews.com 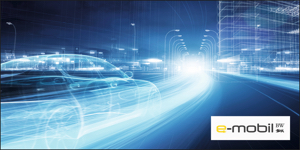 Future ahead – e-mobil BW shows e-mobility competence in Canada: At the renowned 29th Electric Vehicle Symposium (EVS) in Montréal, e-mobil BW will be presenting Baden-Württemberg’s electric mobility capabilities at the German Pavilion and as part of the conference programme. As one of the hosts of the EVS30, e-mobil BW will also be inviting international experts to visit Stuttgart in 2017. www.e-mobilbw.de (PDF)

Honda Accord Hybrid hit the shelves: The 2017 Honda Accord Hybrid is now available in the U.S. for 29,605 dollars – 300 dollars more than the 2016 version. The new model year boasts 212 hp, about 8 percent more than last year’s, while fuel economy increased roughly 4%.
autoblog.com, carscoops.com

Cash injection: Canadian province of Ontario will provide Fiat Chrysler with 80m Canadian dollars in funds to upgrade its assembly plant in Windsor and to support an R&D project at another facility in the city. An official announcement is said to follow on Wednesday.
windsorstar.com, cnbc.com

Plug-in sales in Europe and the U.S.