Samsung to invest in BYD? The Korean electronics giant has been “actively pushing talks” to buy a stake in the Chinese EV maker, Bloomberg reports. Samsung could acquire four percent of BYD for about 400m dollars allegedly, but the sum has not been disclosed and negotiations are on-going. The Koreans hope to bolster their semiconductor business for cars with the move.
bloomberg.com 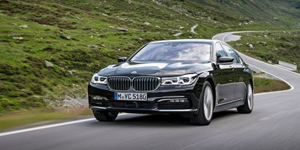 BMW 7 PHEV launch: The German carmaker has released details on the electrified 7 series. The upcoming plug-in hybrids will be available in both short- and long-wheelbase variants. Prices for the 740e iPerformance start at 90,095 dollars in the USA, where the 7 series PHEV is to launch next month.
autoblog.com, greencarcongress.com

Import ban for ICE? Denmark’s young green party Alternativet has proposed to stop the import of diesel and petrol vehicles into the country by 2025. EV privileges like the exemption from the registration tax shall accompany the ban but so far it has been met with opposition from lobbyists.
cphpost.dk

MAN to enter electric bus business: Truck and bus builder MAN will start serial production of fully electric buses by 2019 with first pilot fleets launching a year earlier. The move is based on the assumption that 20 percent of public transport will run electrically by 2020.
busplaner.de (in German)

Hybrid Countryman spotted: Mini’s slightly roomier PHEV was photographed charging in the country in heavy camouflage. The plug-in hybrid Countryman is expected to hit civilisation by 2019 and it looks like it will become yet bigger and bolder.
autoblog.com

Elon makes us wait: The Tesla CEO announced on Twitter that he would first focus on the SpaceX launch and “post [the] Tesla (master) product plan afterwards.” The Falcon is now on its way, so we remain at the edge of our seats. Meanwhile, German federal state Saxony is hoping to lure in Tesla to build a European Gigafactory in the town of Kamenz.
mdr.de (Saxony; in German)