Mercedes’ electric label is taking form as MEQ. The suggestion is based on Daimler’s registration of a series of model names starting with EQ found by Auto Express. They range from EQA through to EQX, plus the protected slogans ‘EQ inside,’ ‘EQ boost’ and ‘Generation MEQ.’ It is believed that the EQS, an electric sedan, will introduce the new style at Daimler and pose a high-end competitor for Tesla. While Mercedes officially denies all naming games, it recently mentioned an eco subbrand.
autoexpress.co.uk 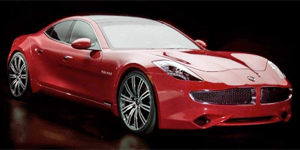 Revero revealed: Karma Automotive issued the first picture showing the Fisker Karma successor. The lineage is obvious but technical details are scarce. The Revero will have a solar roof and is said to have “super-charging capabilities,” according to Karma. On-sale is set for September, 08.
greencarreports.com, electriccarsreport.com, prnewswire.com

1m EV for Poland: Within ten years 1 million electric vehicles shall roam Polish roads. The goal has been set by the government that plans to issue grants and tax rebates details of which are yet to emerge. Several car sharing projects are planned and Poland asks its towns for ideas also.
dw.com

Baby NSX expected: Honda trademarked ZSX thus spawning speculation of an upcoming small version of the NSX. An engineer hinted at a concept to debut in Detroit next year. If the ZSX holds up it will likely come in the form of a hybrid coupe concept with two electric in-wheel motors.
carscoops.com

Hyundai i30 Ioniq? The Korean started teasing the upcoming i30 set to debut in Paris in October. It is expected to be the first model to also benefit from the Ioniq’s electric motor line-up, meaning there may well be a hybrid or plug-in hybrid i30 in the making. Hyundai has not confirmed that.
autoexpress.co.uk

Kia Niro review: It is the company’s first dedicated hybrid and it has hit the shores of Kia’s best-trading market overseas, Great Britain. The Niro found favour with Motoring as they liked the design in particular as well as the smooth switch from electric to petrol mode. Alas, the gear shifts not as effortlessly.
motoring.co.uk