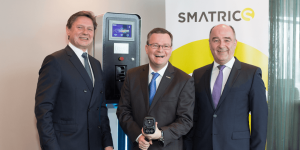 The Austrian energy and petrol station group has completed its transaction to join Smatrics with an interest of 40 percent, as planned. Also authorities approved the acquisition.

OMV wants to erect Smatrics quick charging points at its petrol stations in Austria and Germany and considers a further expansion to Czech, Slovakia, Slovenia und Hungary, later on.

The company said in an official statement that it expects the fuel mix at service stations to become more and more diverse in the future. In this context, OMV intends also to evaluate common concepts in green hydrogen.

Smatrics is now owned by OMV, Verbund and Siemens. While the first two hold 40 percent shares, the latter holds a 20 percent share. Earlier this year, the Austrians already forged a cooperation with Smartlab and closed a deal with Volkswagen.
omv.com