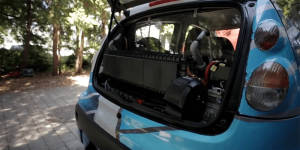 State-owned Indian Oil Corp (IOC) has made an initial pact with Israel’s Phinergy for developing ultra-lightweight metal-air batteries that can be used in electric vehicles (EVs) as well as stationery energy storage.

IOC Chairman Sanjiv Singh and Daniel Carmon, Ambassador of Israel to India, have exchanged a letter of intent (LoI) amidst the visit of Prime Minister of Israel Benjamin Netanyahu to India. They envisage joint research and development, and the production and sales of metal-air batteries.

The agreement between Phinergy and IOC was one of a total of nine pacts signed after talks between Prime Minister Narendra Modi and Netanyahu for strengthening bilateral ties in strategic areas.

A memorandum of understanding (MoU) was also signed between India’s Ministry of Petroleum and Natural Gas and the Ministry of Energy as they look to Israel for cooperation in the oil and gas sector.