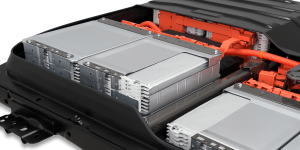 Beijing just published new rules that hold makers of electric vehicles responsible to collect and recycle their batteries. The industry ministry also calls for a service network through which the public can repair or exchange their old batteries.

Beijing’s latest move means China not only tries to grow the new energy vehicle industry but to curb the results of such growth at the same time. The country had learnt the hard way when electric scooters first swamped its roads and then the waste sites with toxic lead acid batteries.

This time round, rather than managing potential waste itself, the Chinese central government has published “interim” rules that hold producers of NEVs responsible for the recovery of new energy vehicle batteries, according to a report by Reuters.

The new rules require EV makers to set up recycling channels and service outlets where old batteries can be collected, stored and transferred to specialist recyclers. This includes service centres where people can hand in or repair their used batteries.

In order for this policy to work, Beijing is also asking the vehicle makers to set up a tracking system that enables tracing the owners, or initial producers of discarded batteries. Beijing also recommends that NEV producers adopt a smart design approach, meaning batteries should be easy to dismantle and ideally standardised in form to help automate the recycling process. Technical training must be provided for car makers to store and disassemble old batteries safely.

Beijing’s call echoes similar plans the EU had just outlined for its Battery Alliance (EBA), which calls for a green battery approach that includes recycling and 2nd life scenarios (we reported).

Toyota is among the carmakers who are looking into recycling although for them it is NiMh cells first. Also Renault is beginning to expand its experience with second life scenarios, most recently on the island of Madeira. Over in the States, ReCell is a tool under development at the Argonne Lab to predict the impact of recycling electric vehicle batteries.