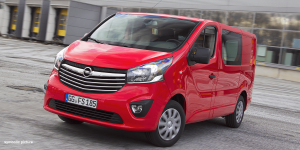 Opel CEO Michael Lohscheller stated in an interview, that they were to look into electrifying vans. He declined to mention details regarding the long term planning by the German car manufacturer. They also plan an electrifiable SUV.

In the Eisenach factory, the new SUV will be designed and developed on the basis of the PSA platform EMP2, possibly hinting at the already announced PHEV Grandland X.

Opel also previously announced their intent to electrify their entire line-up by 2024, including the Vauxhall label under the French PSA. The Corsa will also receive an electric make-over in the Spanish factory at Zaragoza with production to begin in 2020.