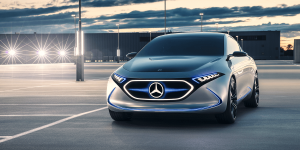 Mercedes has filed for multiple trademarks for its EQ line in Canada. A range of EQA and EQB names with numbers have been reserved, hinting at possible power levels such as EQA 200 or EQB 360 among others.

While it remains unclear whether the list of names will all find use, it is likely that Mercedes is planning a range of varieties of EQ brand vehicles.

The soon-to-be-released electric brand EQC has also received the same numerical treatment, however it still remains unclear what exactly the numbers will designate; be it battery packs or performance, or simply to differentiate between models.

Back in 2016, Mercedes already trademarked the EQA, EQC, EQE, EQG and EQE in the United Kingdom, as well as the rights to Generation EQ, which turned out to be a 48V starter-alternator for ICE cars.

Polestar 1 available for pre-order in 18 countries