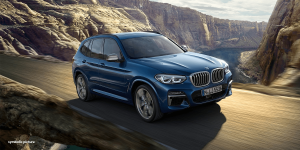 BMW has taken stock and delivered an outlook on the the near future. Next one up is a preview of the iX3, the Bavarians’ next venture into all-electric driving. On top, expect to see more of the iNEXT this year that shall roam autonomously by 2020.

For Harald Krüger, Chairman of the Board of Management of BMW AG, his Spring speech was all about “future mobility” as he pointed to new models as well as reissues. The updated i8 plug-in hybrid was mentioned, which he counted among the “highly-emotional products”.

Adds the Chairman “Our future is definitely electric.” Apart from all-electric BMW wants to go fully autonomous. A new campus for testing just outside Munich is to open this year. And there will be previews of two new EV which BMW wants to make in Germany.

Says Krüger: “Over the course of the year, we will present a number of pure-electric concept vehicles that will all go into series production, like: The first all-electric BMW – the iX3. Our new technology flagship, the BMW iNEXT, the captivating BMW i Vision Dynamics, which I just announced in Geneva as the BMW i4. We will produce both the iNEXT and the BMW i4 in Germany.”

First to see the iX3 will be visitors of the Beijing Motor Show this April. The concept is scheduled for production in 2020. Krüger also confirmed BMW’s plug-in sales targets and by the end of 2019, BMW hopes to have sold half a million plug-in vehicles.

Dr Nicolas Peter, the board member for Finance supported the above claims. He then pointed to increased R&D efforts. Says Peter: “We will continue to focus our efforts on further development of our electric drive trains and autonomous driving. (Thus) The R&D ratio for 2017 rose to 6.2% and, as previously announced, was therefore above our target range of 5 to 5.5%. Due to the high upfront investments necessary for the second half of the model offensive and new technologies, we expect the ratio for 2018 to be between 6.5 and 7%.”

Tesla Model 3 production getting up to speed