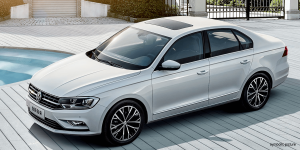 Volkswagen is strengthening its stance in China as the German corporation prepares a plug-in hybrid and electric model for market launch this year. Another ten SUV shall reach the Chinese by 2020 with VW renewing its entire range.

China has advanced to Volkswagen’s largest market. In 2017, they delivered 3.2 million vehicles, reaching a market share of more than 13 percent. By 2020, the VW product range is to be entirely renewed and expanded. Nine new models are to be launched in China this year.

Among them will be the Tiguan PHEV as well as an all-electric variant of the Bora. By 2020, the I.D. family will launch almost at the same time in Europe, China and the USA.

Volkswagen counts on joint venture partners SAIC and FAW. The latter is also working with Volkswagen on the MEB architecture that will underpin all I.D. models for example (we reported).