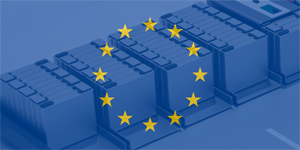 PSA CEO Carlos Tavares throws his weight behind the ‘Battery Airbus’ for Europe as proposed by the EU Commission. He believes it crucial to operate independently from Asian suppliers but has yet to find the industry’s support.

Cell manufacturing in Europe is a cause long lost to the established competition in Asia for most opinion leaders but for PSA boss Carlos Tavares its is a must. Says Tavares: “We have a strategic interest in avoiding a supply concentration in Asia.”

Tavares went on to tell Members of Parliament in France that his company “enthusiastically supports the creation of a European champion in battery development and manufacturing.”

The latter has been proposed by the EU Commission that had recently published its European Battery Alliance draft. The response was mixed however. Bosch for example has backed off from any cell making in Europe.

This had left Germany’s TerraE Holding with hoping to receive considerable funding from the EU government. Also Northvolt which plans to set up a Gigafactory in Sweden has received support from both its home country as well as the EU.

In France, Saft has set up a cooperation with Siemens, Manz and Solvay. Together they want to develop solid-state batteries and had openly called for EU funding (we reported).

PSA has not specified plans of its own.

A123 sells off battery factory to Lithium Werks