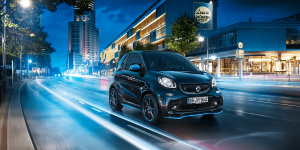 Daimler’s compact car outlet Smart is turning into an all-electric brand in Europe as well after the same strategy had already been decided upon in the States. On the continent, Mercedes will flick the Smart switch by 2020.

The news broke after Daimler announced its intention to electrify the entire Smart lineup in the States last year. Norway had been included in the move already and now the whole of Europe is to follow by 2020.

Daimler CEO Dieter Zetsche announced the move on the annual shareholder meeting, describing that Mercedes-Benz will offer at least one electrified version in each segment by 2022. “At the same time, we are electrifying our vans, trucks and buses. And we have many more plans – also going beyond our products,” added Zetsche.

Within the wider electrification strategy at Daimler, Smart’s electric models had been integrated into the EV label EQ some time ago already (we reported).

Norway: Over half of all car sales were plug-ins in March