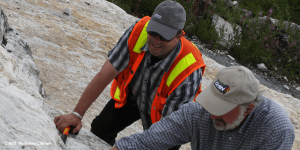 The Swedes have signed a declaration of principle for the delivery of lithium hydroxide. The amount of material is stipulated at 5,000 tonnes per year, with a 3,500 tonne minimum over a time period of five years, beginning with the kick-off of commercial production at the battery factory.

Last September, Northvolt had signed a basic agreement with ABB for a distribution and technology cooperation. ABB themselves are based in Västerås, where Northvolt is currently constructing a research and development lab. As of next year, lithium ion battery cells will be developed, tested and industrialized there. The battery factory, on the other hand, will be constructed in the Swedish city of Skellefteå. Construction is planned to start in the second half of this year.

Nemaska Lithium will mine their goods in the Whabouchi mine in Quebec and process the lithium via patented recipes to lithium hydroxide, before delivering to Northvolt. Part of the agreement foresees Nemaska receiving voting shares in Northvolt.

Daimler to buy its EV batteries from CATL

Musk: Next Gigafactory to be built in China