StreetScooter, the electric van building subsidiary of Deutsche Post/DHL has opened its second production facility. The factory in the German town of Düren belongs to supplier Neapco and will make up to 10,000 EVs a year, answering to growing demand from third parties.

The 78,000 sqm facility complements the existing StreetScooter facility in Aachen. Together the two factories have a production capacity of 20,000 electric vans per year, that is 46 electric vehicles a day. The new site will employ some 250 people in the Rhine region.

In the Düren factory, they will make all variants of the StreetScooter WORK and WORK L models. About half of them will be made available to third parties, some through the Ford dealer network in Germany reportedly and DHL and StreetScooter see that demand is increasing further.

Says Jürgen Gerdes, Board Member at Deutsche Post DHL Group and responsible for StreetScooter: “E-mobility is on the move. We can see it in growing public interest and increasing third-party customer demand for our StreetScooters. The number of StreetScooters used in the business world, in municipalities and at Deutsche Post is also on the rise in Germany and abroad, and the reason is the same in both arenas: Pollution and more pollution in major cities everywhere. That’s why we’re delighted to be able to start production in Düren.”

One such customer is the British Milk & More, that just ordered 200 StreetScooter to deliver dairy and food with zero emission (we reported). 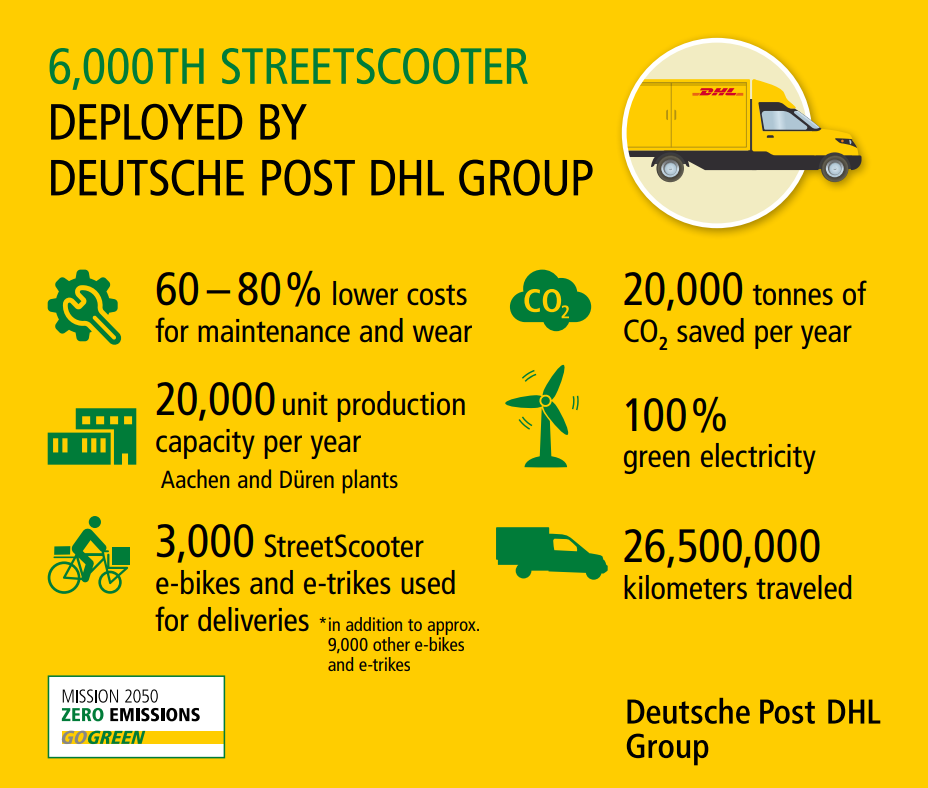 Deutsche Post/DHL has currently 6,000 StreetScooter electric vans in their delivery fleet in Germany and another 12,000 or so electric bikes and e-trikes.