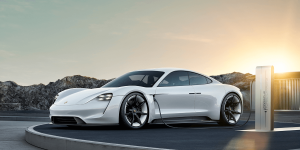 Porsche has announced the name of their first electric model, previously known as the concept Mission E. The series e-Porsche will be called Taycan. It means “spirited, young horse” according to the manufacturer, leveraging Porsche’s main emblem.

The technical details surrounding the vehicle scheduled for 2019 release have also been confirmed by Porsche. The Taycan will be powered by twin electric motors with a system performance of more than 440 kW, and can accelerate to 100 km in “considerably less than three seconds”.

The maximum range is set at 500 km via NEFZ, and thanks to an 800 volt architecture, the battery can draw enough power from an HPC unit for a 100 km range in only four minutes.

Porsche’s debut EV is being handled as a direct competitor to the Tesla Model S, and will reach the markets next year. The only nation where reservations are currently possible is Norway.

In terms of production, Porsche is in the midst of refitting their factory in Zuffenhausen, Stuttgart for the production of the Taycan. Specifically, the painting rig has to be updated for the needs of the electric vehicle, as well as the integration of a whole new assembly line and a conveyor bridge for the transport to the finishing stations. The manufacturer has stated that the production of the Taycan will create 1,200 new jobs. 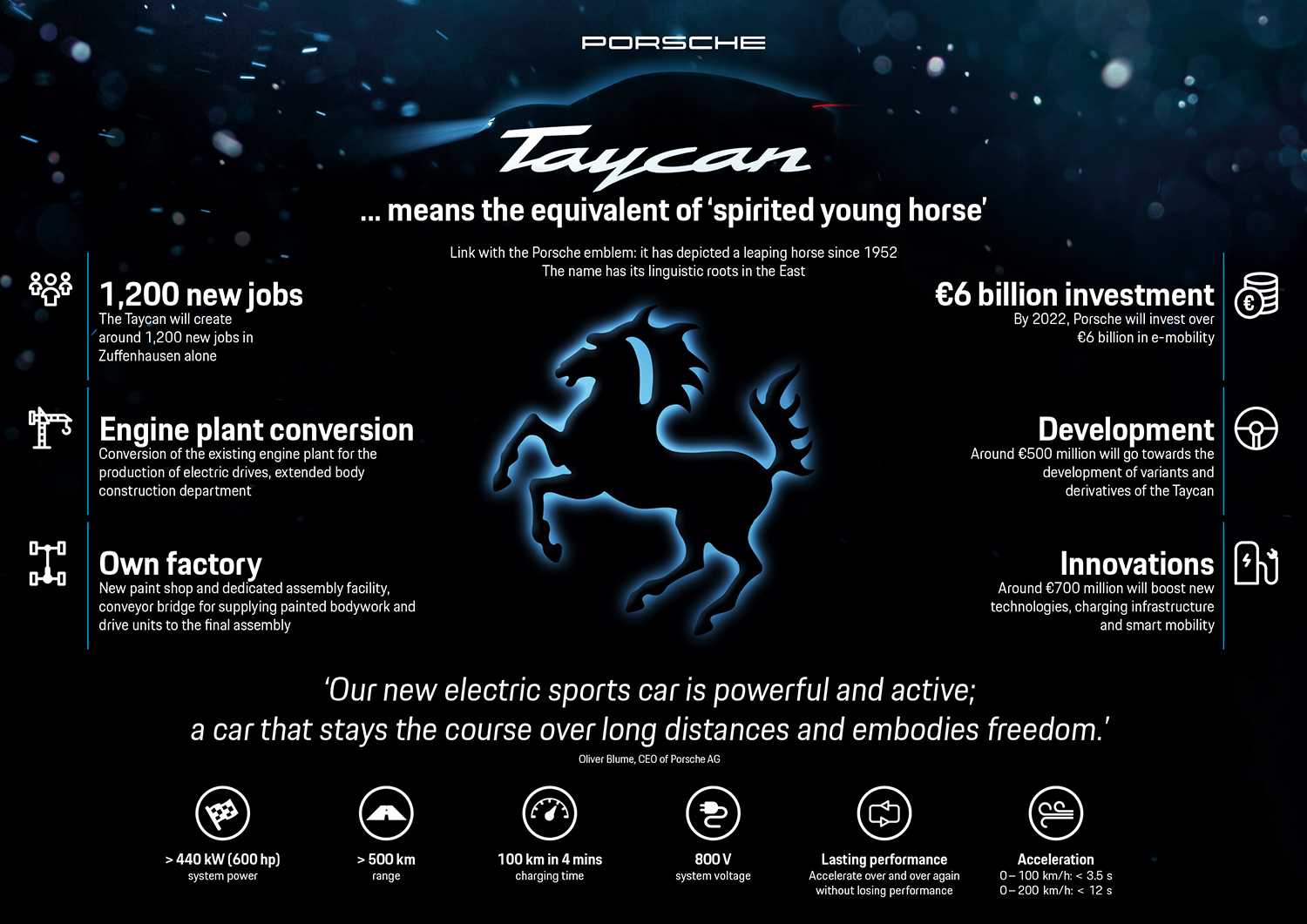 Porsche will be investing an amount of no less than six billion euro for electrification by 2022. Originally, the amount was set at about half of the sum, before Porsche CEO Oliver Blume announced the change in tactics in February. 500 million euros alone are earmarked for the development and production of the Taycan, and more than a billion euros will flow into the electrification of existing vehicle models.

For Porsche as part of Volkswagen, the investment is justified given that technologically spill overs will benefit the Group’s Audi and Bentley brands reportedly.