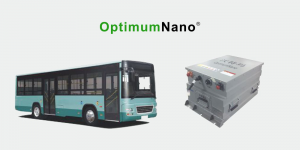 Battery maker Shenzhen OptimumNano Energy will suspend production for six months starting Sunday amid a sharp drop in orders, Nikkei reports. This comes against the backdrop of Beijing tightening subsidy policies due to rampant fraud.

OptimumNano told the entire staff based in Shenzhen to take half the year off. Production had stalled since the beginning of the year, when new rules set in. China’s central government had reacted to subsidy fraud with a plan for more refined rules and a clearance of the list of eligible carmakers reportedly.

While rules first applied to electric carmakers, suppliers are feeling the blow now as orders from local companies are being cut back.

Last year, OptimumNano shipped 5.5 GWh of automotive batteries, ranking as the world’s fourth-largest supplier behind Panasonic, CATL and BYD. It came third in 2016 with batteries for electric buses selling well. Electric bus makers used to receive subsidies of $150,000 per bus in China. These times are over.

It is unclear if and how the battery maker will recover.