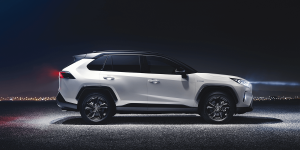 Japan has now officially announced their goal to produce only electric and hybrid vehicles in the country as of 2050. The government plans to reach the goal with a system of subventions for the development of batteries and motors for electrified vehicles.

The most interesting announcement attached to the new plan is that Japanese automobile manufacturers plan to set up a joint venture to procure cobalt. The resource procurement will be set up as a cooperative initiative between the competitors, which is an extraordinary measure, and may likely be a strategy to compete with the larger Chinese market.

The agreements were struck in a forum that was established in April for representatives from politics and industry. The overhanging goal was to limit emissions from the transit sector, as agreed in the Paris Climate Agreement, which requires lowering CO2 and other greenhouse gas emissions by 80% by 2050 (personal vehicles: 90%!). The reference values for the undertaking is the climate data from 2010.

One step to achieve these goals is to successively stop producing combustion vehicles, which will be completely prohibited by 2050. “It is a goal that can only be set by Japan, a country that boasts the world’s top-level auto industry,” Hiroshige Seko, minister of economy, trade and industry, told the panel meeting. “It will send a message that will have a great impact on the global market.”