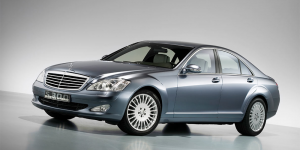 The recall had been coming for Daimler since weeks and German media such as Der Spiegel had estimated that about 1 million vehicles could be affected. Daimler now clarified these reports, saying that 700,000 cars would need to be recalled in Europe, 280,000 of them in Germany.

While Daimler claims that this ruling comes as no surprise, it is in fact, an oath of disclosure. Daimler had claimed not to have tricked on diesel emissions. They says they will challenge the KBA ruling again.

As Volkswagen before, affected Mercedes cars are being called into back into the workshop where a software update is to correct the issue. Daimler has set up a website to inform owners of the next steps.