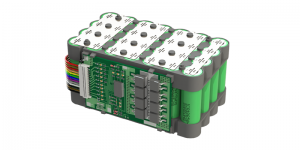 Voltabox stated that their takeover would expand its product portfolio of high-performance batteries, as well as gaining additional access to “select mass markets with our modern and efficient lithium-ion technology”. Accurate provides them with an important “piece of the puzzle” regarding full-service services for electrification, according to the Voltabox CEO Jürgen Pampel.

Accurate, which was founded in 2012, has been specializing in standardized and complex battery systems, including technology from battery management to charging. Accurate particularly focused on the areas of pedelecs, e-bikes, golf trolleys and scooters.

The takeover itself will take place in a series of steps – first, Voltabox will move their sales unit Voltaforce to the Stuttgart region, where Accurate has been active. By the end of this year, Accurate will be moving into a new building close to their current HQ in Korntal-Münchingen, while the leadership of the unit will remain with Accurate boss Marcel Wilke. At a later point, the two entities will fully integrate.

Voltabox has been on the expansion course for some time now: At the end of June, the Germans also acquired the US American company Navitas Systems, who was a specialist for battery systems in the intralogistics area. This provided Voltabox with their initial access to battery cell technology, even if only in the custom products. Their main supply still comes from suppliers in China, Korea, Japan and the USA, however, the addition of Navitas enables Voltabox to deal with custom applications in-house.

Furthermore, Voltabox also announced their intention of entering the direct sales market of their battery systems for intralogistics solutions. To that end, the company also expanded their 2015 cooperation with Triathlon Batteries in the same field, as well as the takeover of the engineering service provider Concurrent Design in April.