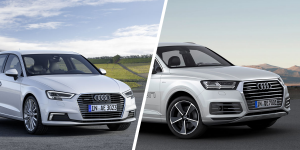 The Munich state prosecutor suspects Audi may have also cheated emissions tests with their plug-in hybrids. During testing, the prosecutor believes, that Audi may have placed additional strain on the batteries in order to take pressure off the combustion components, and giving a fake impression of CO2 emissions.

The news was broken by the German newspaper Wirtschaftswoche, who questioned the prosecutors themselves. The prosecutors themselves have not made major moves on the suspicion, but is cooperating with the German Federal Motor Vehicle Transport Authority to determine whether Audi may have engaged in CO2 relevant manipulations. Further tests on the vehicles have not been done yet, however.

In the USA, the same methodology was potentially also used. A high-ranking VW employee, who had tipped off the state prosecutor in the direction of Audi, stated that they were certain that it was also used there, at least. Neither Volkswagen, nor their subsidiary Audi have commented on the suspicions as of yet.

electrive.net, wiwo.de (All in German)

Elon Musk steps down as chairman of Tesla