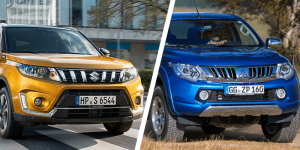 With Suzuki and Mitsubishi two more carmakers from Japan discontinue their diesel lineup in Europe. Suzuki say they will stop selling diesel on the continent before the year’s end. Mitsubishi considers doing the same but starting in key markets such as UK and Germany and possibly France.

Suzuki and Mitsubishi thus follow the example of other Japanese manufacturers. First Nissan and Toyota and lastly Subaru had decided to withdraw their diesel engines from Europe so that only Mazda remains.

Suzuki has announced to remove diesel vehicles from its new-car lineup for Europe and already stopped  to produce such models at their Hungarian facilities this summer. They will continue to sell diesel cars in India however.

Mitsubishi’s British and German dealers have stopped offering new diesel models and similar moves appear likely in France and other markets, Nikkei reports. The automaker will continue selling pickup trucks that run on the fuel though.

All carmakers based their decision on the turning of the tide in the wake of Volkswagen’s diesel emission scandal. Since then, Europe’s lawmakers have been arguing to tighten CO2 emission rules and the negotiations are ongoing (we reported).