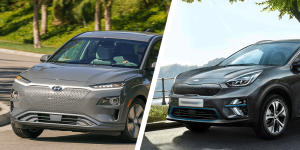 Both Kia and Hyundai had to correct the WLTP range of their all-electric cars in Europe following faulty test results of an external testing organisation. The Kia E-Niro and Hyundai Kona Electric thus both “lose” about 30 km each in the new rating.

To explain the measure, Hyundai and Kia said they had discovered that an external testing organisation had inadvertently failed to follow the correct test methods for the WLTP cycle, resulting in slightly too optimistic range ratings.

In the case of Kia, this led to the e-Niro being tested for a disproportionate length of time on the WLTP ‘urban’ cycle (comprising lower overall vehicle speeds and a reduced energy requirement), resulting in an overestimation of the vehicle’s all-electric range, according to the press release.

Both manufacturers say that no other electric vehicles are affected by this issue.

Audi will invest over €14 billion in e-mobility advance