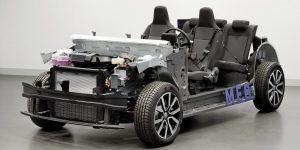 Rumours of an extensive cooperation between VW and Ford in the fields of electric mobility and self-driving vehicles are now becoming more concrete. The extended cooperation is to be made public next Tuesday at the Detroit Motor Show.

Reuters reported the news with reference to two people privy to the companies’ plans. It is now being said that Ford will use Volkswagen’s modular electrification system (MEB) in the future.

This was already rumoured in November, as we reported. German newspaper Handelsblatt had explained that this would only be possible one or two years after the introduction of the corresponding VW models since Volkswagen boss Herbert Diess did not want to share VW’s technological advantage. VW and Ford are already cooperating on commercial vehicles.