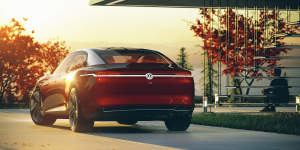 With reference to inaugurated circles, Bloomberg reported the news of the venture. VW partner SAIC is apparently also open to the project and talks are to conclude soon. Volkswagen and FAW will each hold 30 per cent of the joint venture, while the remaining shares will be held by two other companies from China. However, no official statements on the subject have been made.

This will not be Volkswagen’s first step forward in charging infrastructure. The German Group’s subsidiary Electrify America is organising (albeit as a punishment for the diesel manipulations) the construction of 2,000 DC fast-charging points in the USA. In 2019 alone, the company plans to install a good 500 such stations in the US.

In the course of a presentation of its new subsidiary Elli (specialising in charging and energy), Volkswagen announced that it intends to push ahead with the expansion of charging points at the Group’s own employee car parks. The car parks currently have 1,000 charging points, a number which will grow to more than 5,000 by 2020. In addition, the current 4,000 dealers and service partners in the EU are also to be equipped with several charging facilities by 2020.

The hardware for the charging network is being developed under the company’s own roof. Just under a week ago, Volkswagen gave a preview of the company’s future mobile fast-charging column, which can be set up independently of the power grid thanks to a battery storage unit with a capacity of up to 360 kWh. It enables DC charging with up to 100 kW.

Should this fast-charging network VW and FAW plan in China go ahead, they will have to think hard on how to comply with the new extra fast charging standard. The latter is a joint work of the CHAdeMO Association and the China Electricity Council (CEC) with up to 900 kW charging power reportedly. The new charging standard, which is to be released in 2020, bears the working title ChaoJi. The specifications have yet to be finalised.