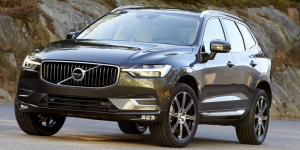 Volvo is seeing enormous demand for its electrified models and expects sales to rise even further by the end of the year. CEO Hakan Samuelsson, admitted that Volvo has underestimated demand but said they are “tripling the capacity”.

For the time being, however, Volvo’s plug-in hybrids are more sought-after than the manufacturer had anticipated – much to their dismay. Says Samuelsson: “We are not happy because we could sell more plug-in hybrids,” quoted by Autonews.

The problem is that Volvo does not have enough batteries, electric motors and other components to expand production on a grand scale. Samuelsson nevertheless stresses that Volvo is currently increasing the production and procurement of all parts for its plug-in hybrids: “We are tripling the capacity of what we had about a year ago to what we will achieve by the end of this year,” he said.

Meanwhile, according to a Reuters article, Volvo Cars expects its profit margins on electric cars to be the same as those on cars with internal combustion engines by 2025. Volvo Cars invests about five per cent of its annual sales (just over a billion dollars a year) in the construction of electric and driverless cars. In the coming years, five all-electric models alone are expected to enter the market. The current focus on plug-in hybrids will soon be supplemented by an electric car offensive which the carmaker had announced as early as 2017.

It has been less than a month since Volvo’s premium subsidiary Polestar introduced Polestar 2, the first representative with a purely electric drive. In addition, the Swedes plan to launch a compact Volvo brand electric SUV this year. By 2025, they want to achieve 50 per cent of sales with all-electric cars.

Meanwhile, Volvo’s Chinese parent company Geely has announced that it will invest more in electrified and high-end models. This year alone, Geely plans to launch six new models. In addition to electric cars, Geely continues to rely on plug-in hybrids for electrification: hybrid technology will continue to be a central component of the carmaker’s research and development over the next five to seven years, explained Geely President An Conghui.