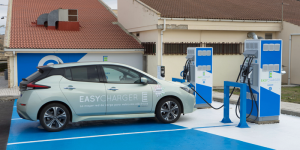 The Berlin-based Plugsurfing has entered into a cooperation with the Spanish charging point operator EasyCharger, a Nissan affiliate, to further expand the number of charging stations currently integrated into the Plugsurfing network in Spain.

EasyCharger’s goal is to have 100 new charging points installed on motorways and main roads throughout Spain by the end of this year. The existing 40 charging points will be accessible from this summer via the Plugsurfing app and the charging key. The cooperation will give electric car drivers in Spain access to over 110,000 charging stations throughout Europe.

EasyCharger was founded in 2017, and Nissan is the principal investor and financier. The company’s goal is to establish a shop network on Spain’s main roads. EasyCharger currently operates ten locations with 40 charging points in the Palencia area. Each station has AC and DC charging connections with 22, 43 and 50 kW.

“This partnership is a great step forward for our network and electric car drivers seeking effortless charging solutions in Spain,” says Plugsurfing boss Jacob van Zonneveld. According to their numbers, his company is now making charging infrastructure available in 33 countries. In Spain alone, the app allows access to 333 charging points. Founded in 2012 in Berlin, Plugsurfing was acquired by the Finnish charging infrastructure operator Fortum in March 2018.