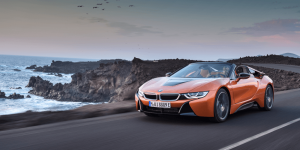 Citing “sources at the firm”, British magazine Autocar revealed the German company’s contemplations and wrote that the decision as to whether the new i8 will become a purely electric car will be made before the end of this year. However, Autocar also suggested that the new BMW i8 will probably not be launched on the market until the end of 2023.

In comparison, BMW’s technology flagship iNext is to be built at the Dingolfing plant from 2021. The British article draws the conclusion that CATL is a possible cell supplier becasue of the agreement of both companies, according to which, cells for the construction of the iNext will be supplied from the planned CATL plant in Erfurt from 2021.

The original plan was to design the second generation of the i8 as a more powerful all-wheel-drive successor to today’s hybrid – still with plug-in hybrid drive, of course. According to Autocar, head of development Klaus Fröhlich made this clear several times last year. According to the magazine itself, BMW’s research and development centre in Munich has revealed that there is now an alternative plan in the form of a pure electric motor.

Together with the i3, the i8 belongs to the electrified pioneer models of Bavaria. At the beginning of 2018, it received its last facelift, which gave it a longer electric range (up to 55 km according to NEDC) and a maximum electric speed of 120 km/h. The i8 is the first of its kind in Bavaria. For this performance increase, BMW equipped the i8 with a new battery with a capacity of 11.6 kWh and 34 Ah cells. The integrated system power increased in parallel to 275 kW.

Almost a year ago, the carmaker also announced that the i8, like all plug-in hybrids (and petrol engines) available in Germany, would be fitted with Otto particle filters as standard in order to meet the Euro 6d-TEMP emissions standard.