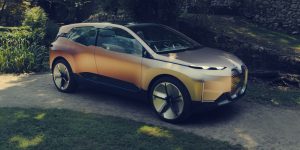 BMW has confirmed that the upcoming CATL factory in Erfurt in 2021 will also supply batteries for the iNEXT. CATL will deliver battery cells worth four billion euros to BMW as part of the agreement signed some months ago.

In this context, BMW also confirmed that between the BMW i3, Mini Electric, the BMW iX3, BMW i4 and the iNEXT, a total of five fully electric models will be available from the manufacturer. An end to the BMW i3, which has been subject to some speculation, will not take place in the next few years.

BMW has also noted a significantly lower income for the third quarter of the year, but will continue to press forward towards electrification: “Our forward-looking approach has absolute priority. Particularly in these volatile times, we are maintaining our focus on the future and taking the decisions that will lead to tomorrow’s success,” says Harald Krüger, BMW’s Chairman of the Board of Management. To put this into perspective, BMW’s research and development investment for the current year was around 400 million euros more than was spent last year during the same period, totaling about 3.88 billion for the first nine months of the year.

The company expects current research and development efforts to take up to 7% of this years income for BMW.  The research focus is working in high gear towards establishing additional models, as well as the further expansion of electric mobility concepts and autonomous driving. The Bavarians took the opportunity to underline their dedication to produce 25 electrified models by 2025, including twelve battery-electric models.