According to a progress report by the Task Force, there were five submissions from CharIN members, of which only one came from a single vehicle manufacturer – Tesla. The Californian electric car company joined the CCS initiative CharIN 2016 and at the end of 2017, when presenting its electric truck, had also announced so-called Megachargers, which are to charge the battery of the Tesla Semi within 30 minutes to a range of 400 miles (640 kilometres).

The other proposals submitted come from ABB, paXos, Stäubli and the Volkswagen subsidiary Electrify America. ABB manufactures fast charging columns, paXos is a consulting and project management service provider from Cologne, Stäubli specializes in plug connections and Electrify America was founded by VW as a result of the diesel scandal to set up a fast-charging network in the USA. 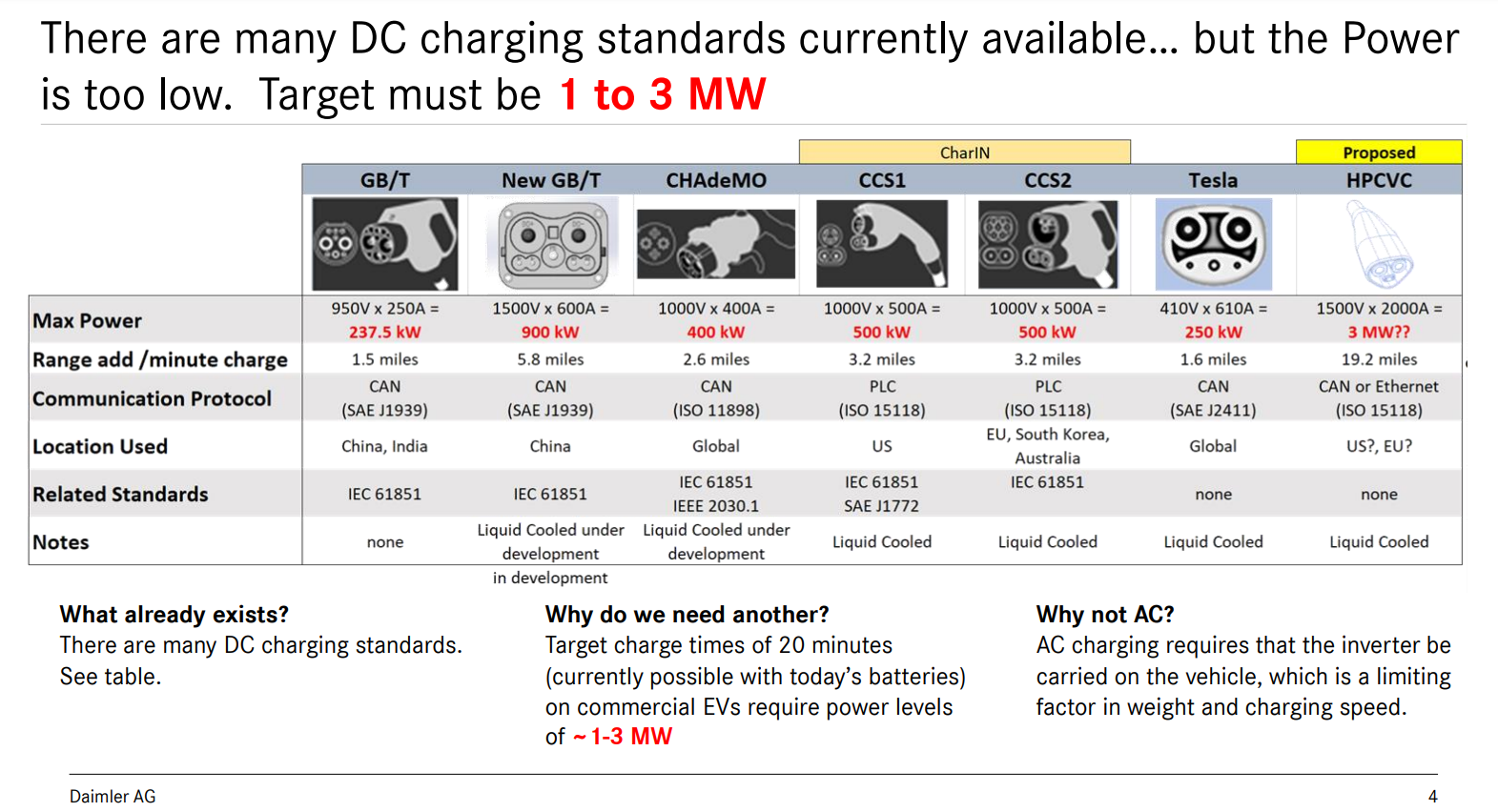 Now Tesla is apparently trying to make their Megacharger the standard within the CCS consortium. The latter has already selected a winner from the five submissions mentioned above, but the winner will not be announced until a later date. It remains to be seen whether the winner will be Tesla.

CharIN, based in Berlin, was founded by Audi, BMW, Daimler, Mennekes, Opel, Phoenix Contact, Porsche, TÜV SÜD and Volkswagen. The aim was to develop the Combined Charging System (CCS), which is increasingly establishing itself as the fast charging standard for cars, at least in Europe. While the CCS1 (USA) and CCS2 (Europe) are currently outdone at 500 kW charging power (CHAdeMO at 400 kW), even the new GB/T standard with up to 900 kW is not enough for the potentially large batteries in commercial vehicles.

With the targeted HPCVC standard, which is to operate at 1,500 volts and 2,000 amps, electricity could be recharged per minute for up to 31 kilometres. According to a presentation by CharIN, a maximum of 5.2 kilometres per minute is possible with the CCS with 500 kW.