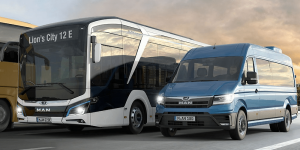 For this year’s Busworld in Brussels, MAN has announced its first all-electric minibus, the eTGE Kombi. The commercial vehicle manufacturer will also be offering the all-electric 12-metre Lion’s City E bus for test drives at the fair.

The eTGE station wagon is based on the already available eTGE electric delivery van and is approved for a passenger capacity of up to eight passengers with a WLTP range of 114 kilometres. MAN is targeting inner-city traffic in zones with emissions-restricted access as well as residential areas and spa or clinic areas “where particular emphasis is placed on low noise levels”.

The eTGE is powered by a 100 kW engine that draws its power from a 36 kWh battery. With direct current, the eTGE can be charged to 80 per cent in 45 minutes; at a household socket, the charging process takes nine hours. The VW subsidiary has not yet quote prices for the eTGE station wagon, the van starts at around 70,000 euros.

In Brussels, MAN will also present its Lion’s City E in the 12-metre solo version with 35 seats and will offer test drives with the all-electric city bus for the first time. The drive train in the solo bus has a power output of 160 kW to a maximum of 270 kW, the range is estimated by MAN at 200 to 270 kilometres. 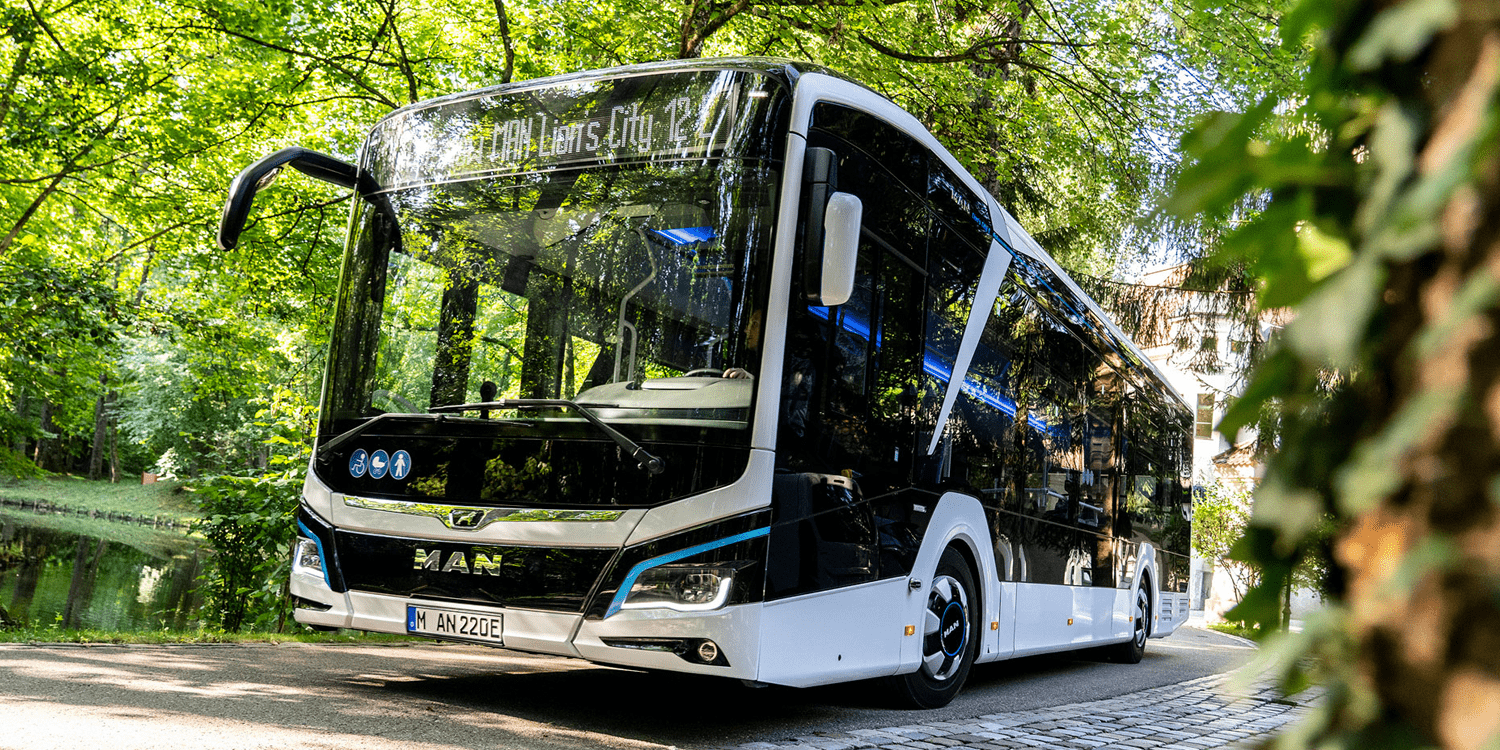 In some points the electric version differs from the design of the combustion models – partly for technical reasons, partly to show a differentiation in identity. One of the most striking differences is that the elimination of the engine tower and the placement of the batteries on the vehicle roof, creating four additional seats at the rear.

It will still take a little time before the electric people-mover is launched on the market: According to an earlier announcement by MAN, the Lion’s City E will be delivered from the second half of 2020.