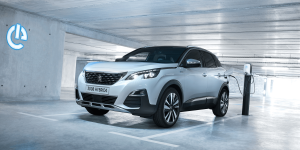 In details, the models are the 3008 SUV HYBRID, 3008 SUV GT HYBRID4, 508 HYBRID and 508 SW HYBRID. The cars join the company’s growing range of electric and plug-in hybrid vehicles, with deliveries starting January 2020 for all four models.

David Peel, Managing Director of Peugeot UK, said: “2020 will be a significant year for Peugeot, as we officially start our UK deliveries of our new generation of fully electric vehicles, alongside all-new plug-in hybrid variants.” He added that Peugeot continues to work towards the “promise of having an electrified variant across our entire model line-up by 2023”.

The all-new 508 HYBRID and 508 SW HYBRID are both capable of up to 39 miles of fully-electric driving. The new four-wheel-drive 3008 SUV GT HYBRID4 comes with a 220kW (300hp) plug-in drivetrain and will achieve up to 40 miles of electric range under WLTP tests.

All four of the models can be fully charged in under two hours using a standard 7kW Wallbox. The 3008 SUV GT HYBRID4 features a 13.2kWh traction battery, while the 508 HYBRID and 508 SW HYBRID come with an 11.8kWh battery.

The all-new plug-in hybrids attract a Benefit In Kind (BIK) rate for company car drivers of only 10% from April 2020.

Peugeot has not released full pricing yet.