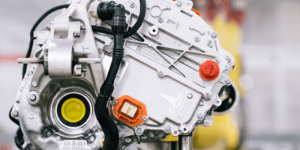 The latest Tesla update is also expected to increase the range and supercharger charging performance, as well as improve single-pedal driving and ride comfort. Elon Musk announced the updates during the conference call on the latest business figures.

“We’re also expecting there’s going to be an over-the-air improvement that will improve the power of the Model S, X, and 3. That’s, by the way, coming in a few weeks. It should be in the order of 5% power improvement due to improved firmware,” said Musk during the webcast.

However, it remains to be seen who will benefit most from the new engine control system. Musk and technology boss Drew Baglino made restrictions on models or vintages. According to Baglino, the improvement for all Model 3 variants will be about five per cent, for Model S and X about three per cent. An article by Electrek speculates that the update for Model S and X will only be available for the Raven models, which received the engine technology from Model 3 during the spring update.

It remains to be seen when exactly the update will be released as a result of the most recent quarterly presentation. The latest figures for Q3 have already had another consequence: after Tesla had reported a profitable third quarter and further positive news contrary to the expectations of many analysts, Tesla shares left trading on Thursday with a price gain of almost 18 per cent.

Wall Street investors betting against Tesla’s stock were set back nearly $1.5 billion apparently surprised by the profit, despite the fact that Musk said he was confident of a profit this quarter when he delivered the Q2 quarterly reports. Tesla’s share price catapulted to 53.7 billion dollars, replacing General Motors as the most valuable US carmaker.

Prices are out for Bollinger’s off-road electric cars