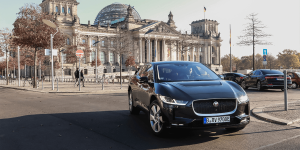 The German government has passed the proposed law for the promotion of electromobility and the amendment of further tax regulations. Among other things, this concerns the taxation of electric company cars and the tax exemption for charging cars free of charge at the workplace.

The preferential tax treatment for electric vehicles and plug-in hybrids introduced in 2018 and initially limited to three years is now to be extended in two stages until 2030: From 2022 to 2024, only electric and hybrid vehicles with a minimum range of 60 km or a maximum CO2 emission of 50 g/km with a purely electric drive will benefit; in the period from 2025 to 2030, the required purely electric minimum range will increase to 80 km.

As with the new version of the environmental bonus, purely electric cars with a list price of a maximum of 40,000 euros (but in this case the gross list price) will receive greater support. According to the coalition’s corrections to the original government draft “if purchased after 31 December 2018 and before 1 January 2031”, only a quarter of the monetary advantage will have to be taxed. The tax exemption for the free recharging of electric vehicles and plug-in hybrids in the employer’s company was also extended until 2030.

The German government also decided to introduce special depreciation for purely electric delivery vehicles of small and medium-size. This amounts to a one-off 50 per cent of the purchase price and is granted from 2020 to 2030. The special depreciation also applies to electric cargo bikes with a minimum transport volume of one cubic metre and a payload of at least 150 kilograms.

The measures are part of the annual tax law with about 30 adjustments, which was passed in the Bundestag with the votes of the two main parties, the conservative party Union and the German labour party, the SPD. The right-wing AfD and liberal-conservative FDP voted against the law, the Linke (Left party) and Greens abstained. Over the next ten years, the federal government expects lower tax revenues for the federal, state, and local governments in the billions due to the package. The regulations will come into force on 1 January 2020.

Update 29.11.2019: In the meantime, the Bundesrat has also approved the annual tax law. The tax regulations relating to e-mobility can thus enter into force as planned on 1 January 2020. Other parts of the federal government’s climate package, however, have been stopped by the state chamber for the time being. The Mediation Committee has been called on to deal with issues such as the commuter allowance and the tax reduction on train tickets, in which the Bundestag and Bundesrat must now search for compromises. The state leaders fear that the federal states will be overburdened financially and demand a redistribution of the burden.

The federal government hopes to find a compromise before Christmas for the regulations that have been stopped for the time being. Some country representatives consider this to be very ambitious or unlikely.