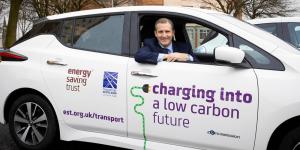 The Energy Saving Trust delivers the Plugged-In Households Grant Fund on behalf of Transport Scotland. Membership in the electric car clubs are discounted for housing association tenants, but also allow local residents and staff to access electric vehicles on demand through the initiatives.

Cabinet Secretary for Transport, Infrastructure and Connectivity Michael Matheson added: “I’m pleased the Scottish Government has been able to support this second round of funding to expand affordable access to electric vehicles.”

Overall, “four housing associations and three community organisations secured 28 electric vehicles through the second round of Plugged-in Households fund, which complements the 35 vehicles already made available through round one,” specified Ellie Grebenik, Senior Programme Manager at Energy Saving Trust.

Out of the seven successful applicants, most secured one electric vehicle to share except for the Blackwood Group (8) and the Connect Community Trust (6). Providers of the sharing EVs include the rental service Enterprise, Co-Wheels and WestWheels Car Club with Co-Wheels securing five assignments.

Funding body Transport Scotland has been successful in leading the state’s electrification lately. Most recent examples include NHS Scotland being granted £1.36 million through the Switched on Fleets Fund for 112 new electric cars. The Scottish health service may thus increase the number of EVs by 80% as reported.

Also in terms of affordable electric transport, Scotland had earmarked 1.3 million pounds for citizens to buy into e-mobility on two-wheels. On the latest count this September, the Scottish eBike Grant Fund has enabled the purchase over 100 e-bikes to 19 organisations across Scotland for 2019/20.

Overall, Scotland is working towards phasing out combustion-powered cars by 2032. Last year the country mobilised millions for infrastructure as well as electric vehicles of all kinds. Scotland has also led the way with its use of zero-emission fuel cell buses.