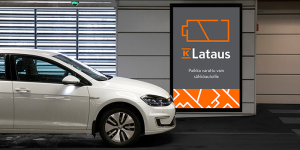 The significant rise in charging infrastructure subsidies was announced by Finland’s public broadcasting company Yle. In 2019 the subsidy budget for charging points was set at 1.5 million euros. Within two years, around 3,000 charging points have already been subsidised, according to the government agency ARA is answerable to the Ministry of the Environment and coordinates the subsidy programme.

The government subsidy usually amounts to 35 per cent of the costs for the installation of the charging infrastructure. However, the share can rise to 50 per cent if half of the planned charging points have a capacity of at least 11 kW. The funding for the charging points can only be claimed by housing companies, but not by private individuals.

While ARA initially had to advertise the subsidy, demand has risen sharply over the past few months. At the end of 2019, interest had risen so much that a “small queue” was forming, according to the above-mentioned report, sparking the funding increase. According to ARA estimates the 5.5 million euros will be able to co-finance more than 5,000 charging points.

Finland is known for its ambitious climate targets. For example, a task force set up by the Finnish Ministry of Transport was given the mission some time ago to propose measures to “eliminate CO2 emissions in the transport sector by 2045” and presented its final report a year ago. The promotion of electric mobility plays a central role in this report.