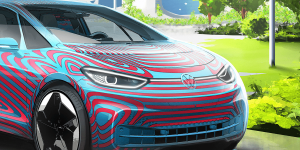 Rumours of a new small, low-cost electric car from Volkswagen have been persistent. According to a British media report, the model, presumably called ID.1, will replace the VW e-Up starting in 2023 and will be about the same size.

A few months ago, VW chief strategist Michael Jost had confirmed plans for a small electric car on an MEB basis, which should cost less than 20,000 euros. VW boss Herbert Diess had also subsequently commented on the project, but he spoke of significant challenges on the cost side. “It is really difficult to achieve a reasonable range for a car under 20,000 euros,” Diess said at the time. “There’s still a long way to go.”

Now Volkswagen seems to be a few steps further, as a media report suggests. The Car Magazine speculates not only about the possible model designation ID.1 but also about initial technical data. Two battery variants with 24 and 36 kWh are expected, the latter should allow a range of around 300 kilometres. The report does not mention any range for the smaller battery, but given the size of the vehicle, it is likely to be about 200 kilometres. The smaller battery should further reduce costs to allow an attractive entry price.

In terms of dimensions, the ID.1 is to be similar to the current e-Up, while the body based on it is to be offered only as a five-door model. A box-shaped design should maximize the usable space on a small footprint. The large wheelbase in relation to the vehicle length creates space for the battery; the resulting short overhangs should make city driving easier. Besides, some design borrowings are to be expected from ID.3, as Georg Kacher wrote in the report.


In addition, possible offshoots are already being developed. Kacher calls a “robust ID.1 Crozz version and an E-Roomzz van derivative”. However, further details are not mentioned. Such offshoots are possible at the MEB, but Volkswagen had not only begun to limit the number of variants in the course of the WLTP conversion of the combustion engines. One of these versions may make it into series production – but probably only if those responsible are very sure about the economic efficiency.

At present, Volkswagen already has a fully electric compact car in its range with the e-Up. The price starts at £19,695 including the environmental bonus, while the sister models Skoda Citigo e iV and Seat Mii electric are slightly less expensive. However, these vehicles are still based on a converted combustion engine platform, which makes production more complicated. The WLTP range with the 36.8 kWh battery (gross) is 260 kilometres.

So why is VW having such a hard time building an electric car with a similar range on the MEB platform for under 20,000 Euros? “In future, it will make no sense putting battery cells in a car designed for an engine as we have done with [2020’s updated] e-Up – that was a stepping-stone project,” said Ralf Brandstätter, COO of the Volkswagen brand. “We are working on a BEV below €20,000 (£17,600) – we can shrink the MEB architecture with less content to get the cost down”.