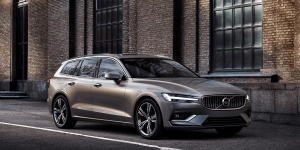 In Sweden, electric cars and plug-in hybrids achieved a market share of 24.3 per cent in February. The background to the new car registration boom is primarily a change in the Swedish subsidy system, which came into force at the turn of the year. 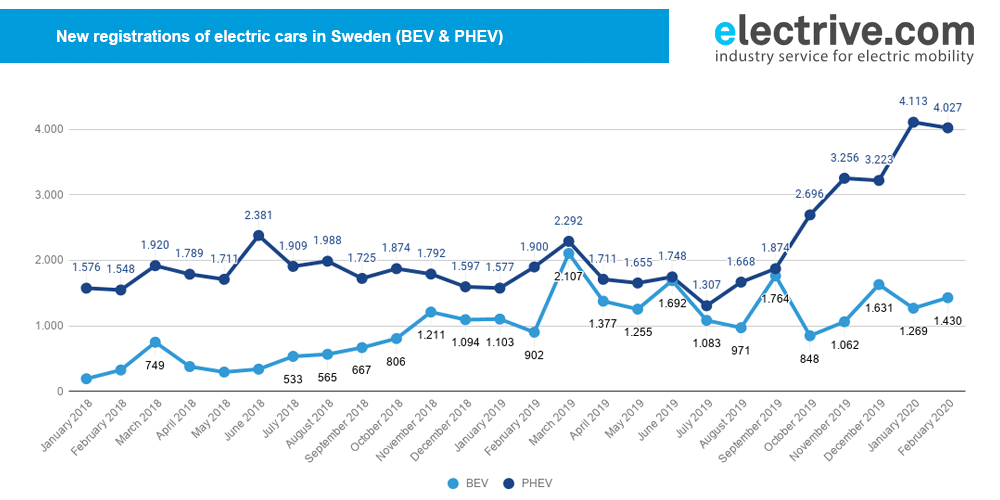 Overall, however, the Swedish car market declined by 5.5 per cent year-on-year in February with 22,489 new registrations, according to a statement by the state agency Statistics Sweden. Both diesel and petrol engines lost significant market share.

The three most popular BEV models in February were the Kia e-Niro, the Audi e-tron and the Renault Zoe. Among the bestselling PHEV models were the Volvo S60/V60, the Kia Optima and the Kia Niro.

The electrification boom (especially for PHEVs) is due to the Swedish ‘bonus-malus’ EV subsidy system. Although this system has been in effect since 2018, a change that came into force on 1 January 2020 means that CO2 emissions are measured according to the WLTP cycle. As a result, consumption and CO2 values are on average 20 per cent higher than in the NEDC standard previously used, making ICEs more expensive (malus). Clean Technica calculates that a diesel car with a CO2 emission of 122 grams per kilometre (which is the Swedish average for 2018) costs 425 euros in taxes per year. Above the 140 g/km limit, the costs continue to rise: a sports car with 225 g/km would cost as much as 1,250 euros per year.

In return, however, new (electrified) cars with CO2 emissions of less than 70 g/km will receive a bonus of up to €5,700 (graduated in various stages between 0 and 70 grams). So while some vehicles have moved into a different category, PHEVs especially continue to benefit from the lower rates.