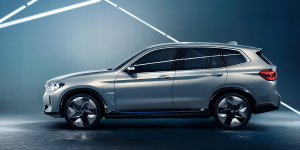 BMW Brilliance has begun construction of a new production facility on the existing Chinese plant site in Tiexi, a district of Shenyang in Liaoning Province. With the new plant, BMW Brilliance (BBA) intends to double production capacity at the site.

The expansion project will be realised on an area of 3.2 square kilometres and will be equipped with flexible production lines, in line with BMW’s strategy of producing models with different drive technologies on a single line proportionately to sales demand. As a result, the new plant will produce purely electric cars as well as plug-in hybrids and cars running entirely on fossil-fuelled engines.

The plant in Tiexi was originally opened in 2012 and is equipped with the latest technology. The first car factory installed by BMW in China in neighbouring Dadong is being rebuilt and expanded in parallel. The structure of the production facility is to be successively expanded to include future BMW model variants while maintaining the same production capacity. In this way, the joint venture intends to increase its annual production capacity to 650,000 cars.

BMW Brilliance has been planning the construction of the new plant for some time now. In October 2018, BMW and Brilliance China Automotive Holdings (BCA) announced that they intended to expand capacities in China and invest more than three billion euros in new and existing plant structures in Shenyang during the joint venture’s 15th anniversary celebrations.

The German carmaker also made it public at the time that it was acquiring a majority stake in BMW Brilliance Automotive (BBA) and had signed a contract extension for 22 years (from 2018 to 2040) with its Chinese joint venture partner. The first step is quite historic: to date, no German car manufacturer has held a majority stake in a Chinese joint venture. The state-imposed limit of 50 per cent shortly before the Munich-based company’s advance is no longer applicable.

From this year on, the fully-electric BMW iX3 will also roll off the production line at the Dadong plant. The vehicle will be manufactured exclusively in China and exported from there to the world. From 2022, the iX3 will then be produced in Tiexi. Although it has not yet been officially confirmed, it is considered probable that BBA plans to build battery-electric versions of the 3 and 5 series, each with a long wheelbase, as well as an electric SUV for the Chinese market. The latter is likely to be the series version of the iNext according to an earlier report from Chinese news site Gasgoo.

Update 23 April 2020: Shortly after BMW Brilliance started building a new production facility on the existing plant site in Shenyang Tiexi, the joint venture is now also starting to expand its research and development center. It is BMW’s largest R&D center outside Germany and was originally opened in 2013.

The expansion, which is expected to be completed in 2022, will provide technical support for the series production of BMW’s growing electrified product range. On the one hand, of course, for the Chinese market itself with its own products such as the long versions of the sedans described above, but also increasingly for the world market. As is well known, the iX3 is exported from China all over the world. Own engineering solutions on site with adaptations to local conditions should accelerate the processes.