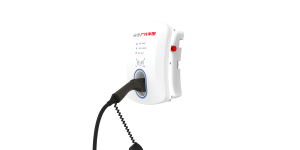 In October 2019, ABB acquired a majority stake in Chargedot, which was founded in 2009. In May this year, Frank Mühlon, Head of ABB’s Global E-Mobility Infrastructure Solutions already hinted at the now announced order in an interview with electrive. At that time, however, Mühlon was still talking about having become a “Charging Partner of a Chinese OEM joint venture” without mentioning any names.

The joint venture GAC Toyota Motor, founded in 2004 and based in Guangzhou, currently only offers combustion engines and hybrid models, but the electric version of the C-HR is to be launched on the market before the end of this year.

“With their highly advanced domestic EV charging sector China represents a key e-mobility market for ABB and we are delighted to be supporting GAC Toyota in achieving their e-mobility strategy,” said Mühlon about the deal.