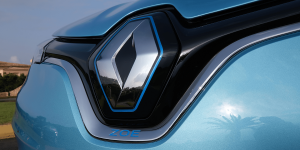 The battery-electric compact SUV based on the new CMF-EV platform planned by Renault for 2021 could bear the model name Zandar. Renault is also planning further electric SUVs.

Next year, the compact electric SUV presumably called Zandar, according to a recent media report from France, will launch as the first of the electric SUV series. The report by Caradisiac mentions approximately the size of a Renault Captur, and the maximum range is said to be over 500 kilometres. It also suggests that there will be different battery sizes, the smaller version is said to have a range of about 300 kilometres. However, Caradisiac did not cite many sources for the information, so the data should be treated with caution.

This information coincides with a report of the French portal L’Argus from April, which also referred to the compact SUV based on the CMF-EV platform planned for 2021. There, however, the top model was said to have a range of between 550 and 600 kilometres.

As Caradisiac now writes, the power output is to be between 95 and 147 kW, which roughly corresponds to the performance levels of the Hyundai Kona Electric, a vital competitor model to the Renault SUV. At around 4.20 metres, the Zandar is to be slightly longer than the Kona. The report does not contain any information about the charging capacity of the Zandar.

However, the portal claims to have already found out some details about the body shape of the Zandar. For example, the EV is supposed to be slightly flatter than other SUVs, which is to be achieved by a reduced ground clearance on the one hand and a lower roof on the other hand. This should improve the aerodynamics of the Zandar. The design should be based on the Morphoz concept presented this spring.

Another electric SUV, the size of a Renault Kadjar, is to be presented in 2022. The French manufacturer is also considering a large electric SUV with seven seats. The brand’s new electric models are to be produced at the French Renault plant in Douai.

Jaguar’s all-electric XJ to be delayed