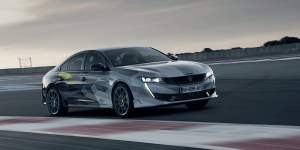 Peugeot intends to replace its discontinued GTi performance line with a whole family of sporty models with electric and hybrid drives, then designated PSE (Peugeot Sport Engineered). The first PSE model will be the Peugeot 508 plug-in hybrid PSE.

Peugeot had already presented a study at the Geneva Motor Show last year and the launch is planned for February 2021, as the German publication Automobilwoche has found out. Only 1,000 units of the 508 PSE are initially planned.

The French company wants to get a feel for this market, which is otherwise well occupied by “German powerhouses” according to the report. “Peugeot has sporty genes and we want to revive them,” an undisclosed source told the German magazine. These ambitions are to go further than one limited model.

The 3008 plug-in hybrid PSE is planned as the second model. Originally, the facelift was to be presented in June but was postponed till autumn due to the Corona pandemic. Peugeot will now present the new 3008 as a performance variant with PHEV drive to become available at dealers from spring 2021.

At the same time, Peugeot is also working on a purely electric sports version of the e-208, which could be called the e-208 PSE but has not released further data about the model. The decisive factor is battery management, which is to be optimised for these PSE models since there is currently is not enough space for a battery with more than 50 kWh.

The new Brand Design Director Matthias Hossann should enable the desired success of the PSE performance line. At the end of July, Hossann succeeded Gilles Vidal who was Peugeot’s chief designer for many years before he moved to Renault.