The NEXT-E project aims to expand charging infrastructure in Central and Eastern Europe with the new charging stations coming up in Croatia, Czech Republic, Slovakia, Hungary, Slovenia and Romania. This means that electric car drivers will soon be able to drive comfortably from the Czech border to the Adriatic or the Black Sea.

Six private companies and the EU have been working together on the project since 2017. These six companies include four energy companies and two car manufacturers: the MOL Group from the petroleum industry, energy supplier E.ON, the Croatian energy group HEP, and the Petrol Group from Slovenia and Croatia as well as the BMW Group and the Hungarian Nissan subsidiary on the manufacturing side. 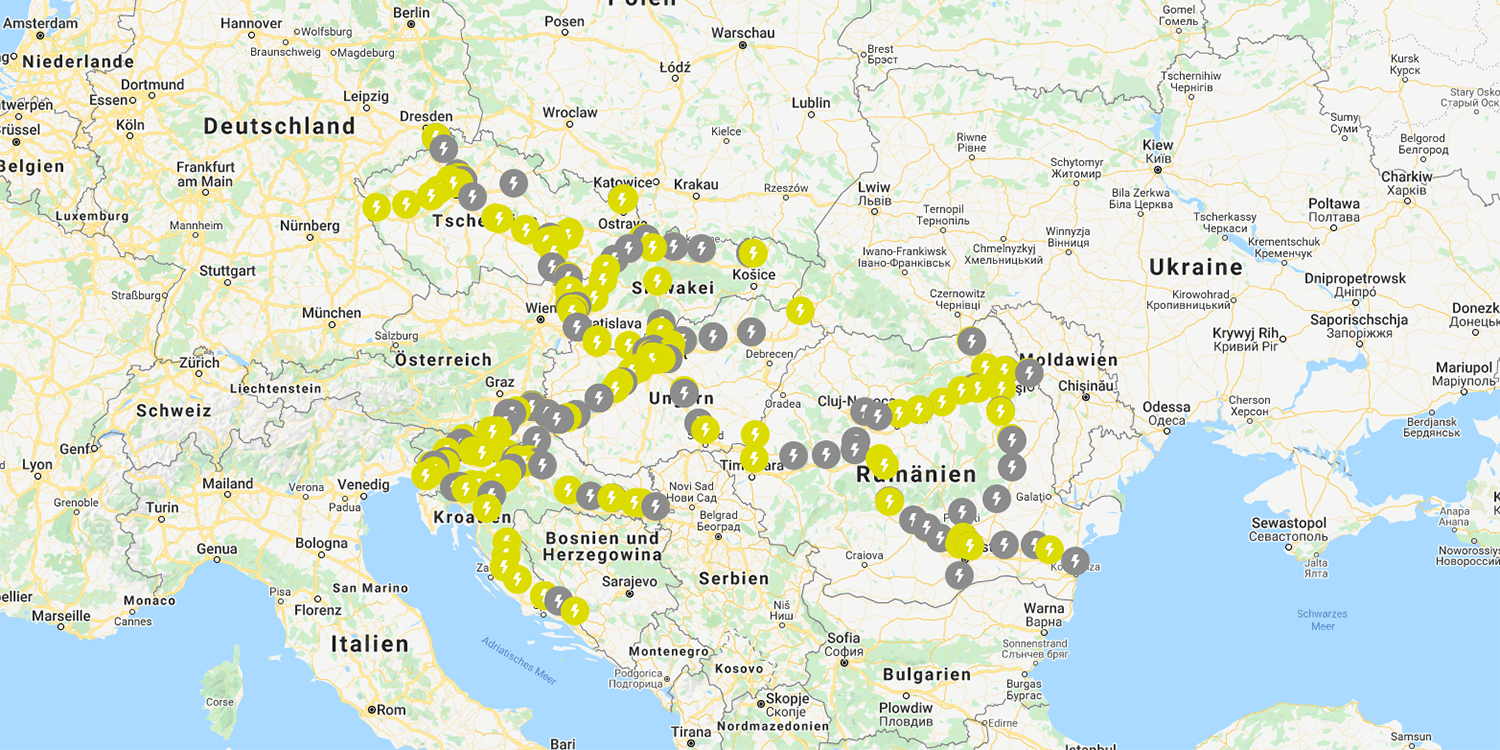 The European Union has participated through the CEF program with public grants amounting to 18.8 million euros. According to its own statements, this is the largest budget ever approved from the CEF for an electric mobility project. To ensure interoperability across Europe and “create a single, fully interconnected network”, the project is being coordinated with other projects co-funded by the CEF program, such as ULTRA-E, EAST-E and FAST-E.

The 252 fast-charging stations of the NEXT-E project are now in operation (38 in the Czech Republic, 25 in Slovakia, 59 in Hungary, 32 in Slovenia, 58 in Croatia and 40 in Romania). Until now, access to charging stations in these locations has only been possible via applications from the respective energy company from the project consortium posing a real barrier to long-distance traffic. Being connected to Hubject’s eRoaming platform Intercharge makes them more accessible to a greater number of drivers, also across national borders. According to Hubject, the Intercharge network now comprises more than 250,000 charging points.

“The NEXT-E project will be instrumental in the transition to reaching the ambitious target of a zero-emission transport sector and a carbon-neutral economy in Europe,” says Richard Ferrer, Head of the Transport Innovation Team at the Innovation & Networks Executive Agency (INEA), an EU agency that coordinates the CEF funding program. “Interoperability and e-roaming are essential features of an efficient electric vehicle recharging network and provide for a seamless ‘electric journey’ along the European road network. The availability of this service on the Hubject platform is a significant step in that direction,” he concluded.