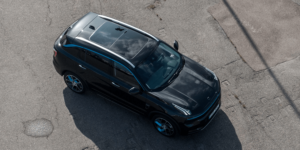 According to CEO Håkan Samuelsson, Volvo will also use the new SEA (Sustainable Experience Architecture) EV platform recently presented by the fellow Geely brand Lynk & Co. The incoming compact model below the XC40 will be the first Volvo based on this platform.

Volvo CEO Samuelsson told Auto Express as much when he said: “We will also use SEA. We’ll use it for a smaller car, (…) so we can have a cost structure for a smaller car that’s very competitive.” He added that it would otherwise be difficult to push the CMA platform, which the Volvo XC40 uses, further down.

The smaller model will likely be the XC20 that Volvo envisioned as early as 2017. Back then, the Geely-owned company already imagined a launch for 2019. While this has obviously not figured, using synergies to Lynk&Co. has been the plan all along.

The young company presented the SEA or Sustainable Experience Architecture in its final form in September just gone in China. The EV-dedicated architecture is designed for licensing to other carmakers too. While Volvo is almost in-house, so to speak, there has been interest from other parties as well.

Referring to “a high-ranking representative of the industry in Germany,” Automobilwoche reported that Daimler could make use of it. Geely-Holding currently holds 9.7 per cent of the carmaker, and since its entry, there has been speculation about further cooperation, albeit not almost mutually welcomed.

For Volvo, the smaller electric car could be another piece in its electrification strategy. The Swedish brand intends for half its sales volume to be electric cars by 2025. For this, they may as well have to gear up as fast as possible. While the company has started series production of the fully electric XC40 Recharge in Ghent last week, the allocated production of the XC40 Recharge for this year is already sold out across Europe.