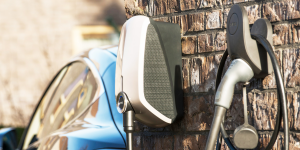 The Dutch charging infrastructure provider EVBox does its annual research report on electric vehicle adoption and barriers jointly with Ipsos. The marketeers gathered responses from 3,600 European citizens across six countries: the Netherlands, Germany, France, Belgium, Norway, and the UK.

In general, environmental considerations have climbed high on the agenda of potential EV drivers when looking to buy a car. This new height stands in particular for respondents from Germany (72 per cent), Belgium (69 per cent), the UK (68 per cent), and France (66 per cent).

Then looking at potential buyers or say reasons not to buy an electric car just yet, EVBox finds worries over charging infrastructure and EV price perception to remain the biggest obstacles. That is in all six countries except Norway, where cost is not the main issue. Other concerns range around the amount of time required for charging sessions and the perception that EV charging costs more than fueling with petrol.

These perceptions in the general population change, when looking at the replies of those already driving an electric car. Here the report finds the majority of current EV drivers do not encounter problems during charging sessions (89 per cent). On the same note is the 82 per cent of current EV drivers who say that they would opt for an EV again. This shows that “as long as people are open to trying it out, they likely won’t look back,” the research team concludes. It must be said though, that the study only included 600 EV drivers and those included drivers of PHEV or hybrid vehicles.

Still, for the remaining 3,000 respondents counted as “general population” infrastructure remains a concern, with a wish for the government to drive policies to alleviate climate change becoming ever more important.

Here the French are particularly concerned as more than two-thirds of respondents living France (72%) say they worry about the future of the environment, compared to 62% of all European citizens in the countries surveyed. More than half also consider this concern when buying a new car, and this concern is all the more widespread among electric vehicle drivers (85% ) in France, finds EVBox.

Apart from national subsidies, 50% of French people also see the Green Deal, the European Commission’s roadmap to make Europe the first carbon-neutral continent by 2050, as positive. The strategy includes more than 13 million EVs on the roads of Europe as well as a million charging points open to the public by 2025.

While the Green Deal won’t affect the UK directly anymore after Brexit, the majority of the UK citizens (69 per cent) believe reducing CO2 in transportation, is the best solution to addressing the effects of climate change on the world. This figure rises to 81 per cent among people who are looking to buy or already drive, an EV.

For national incentives, 39 per cent of British respondents go as far as saying that their government should only give financial aid in regard to the corona pandemic to companies who take serious steps to reduce their environmental footprint. In Germany, 44% of partcipants were in favour of such a solution. Besides, a solid majority of potential EV drivers (69 per cent) strongly support tax credits to purchase an electric or hybrid vehicle in Britain.

In the Netherlands, where EVBox has its roots, 52 per cent of respondents say that reducing CO2 emissions from transport is important to them. Electric cars are, according to 45 per cent of the Dutch, a good solution to climate change. This is a less enthusiastic response, and it appears that 70 per cent of the Dutch people want to see the government giving priority to environmental policies. The target of the European Green Deal is considered favourable by 72 per cent of them, and half say that it makes the purchase of an electric car more attractive.

In Germany, environmental concerns come first for 72% of respondents when thinking to buy an electric car. The same holds for prospective buyers in Belgium (69%).

For all country-specific reports, visit the link below. Ipsos executed the market research at the request of EVBox.