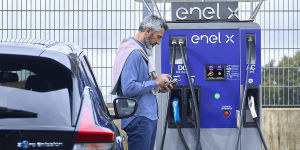 Enel X will install 200 charging points for electric vehicles at 100 McDonald’s parking lots throughout Italy by the end of next year as part of a new partnership with McDonald’s Italia. The company has already put the first locations into operation.

Enel X has already installed the first units at McDonald’s restaurants in the cities of Desio, Eboli, Loreto, San Benedetto del Tronto, Ancona and Osimo. Next on the list are branches in the municipalities of Piombino, Barberino di Mugello, Alessandria, Quartu Sant’Elena and Florence.

Enel X will integrate the 200 charging points into its nationwide network, which, according to the company, now includes 10,500 charging points. By 2022 their number in Italy is expected to increase to 28,000.